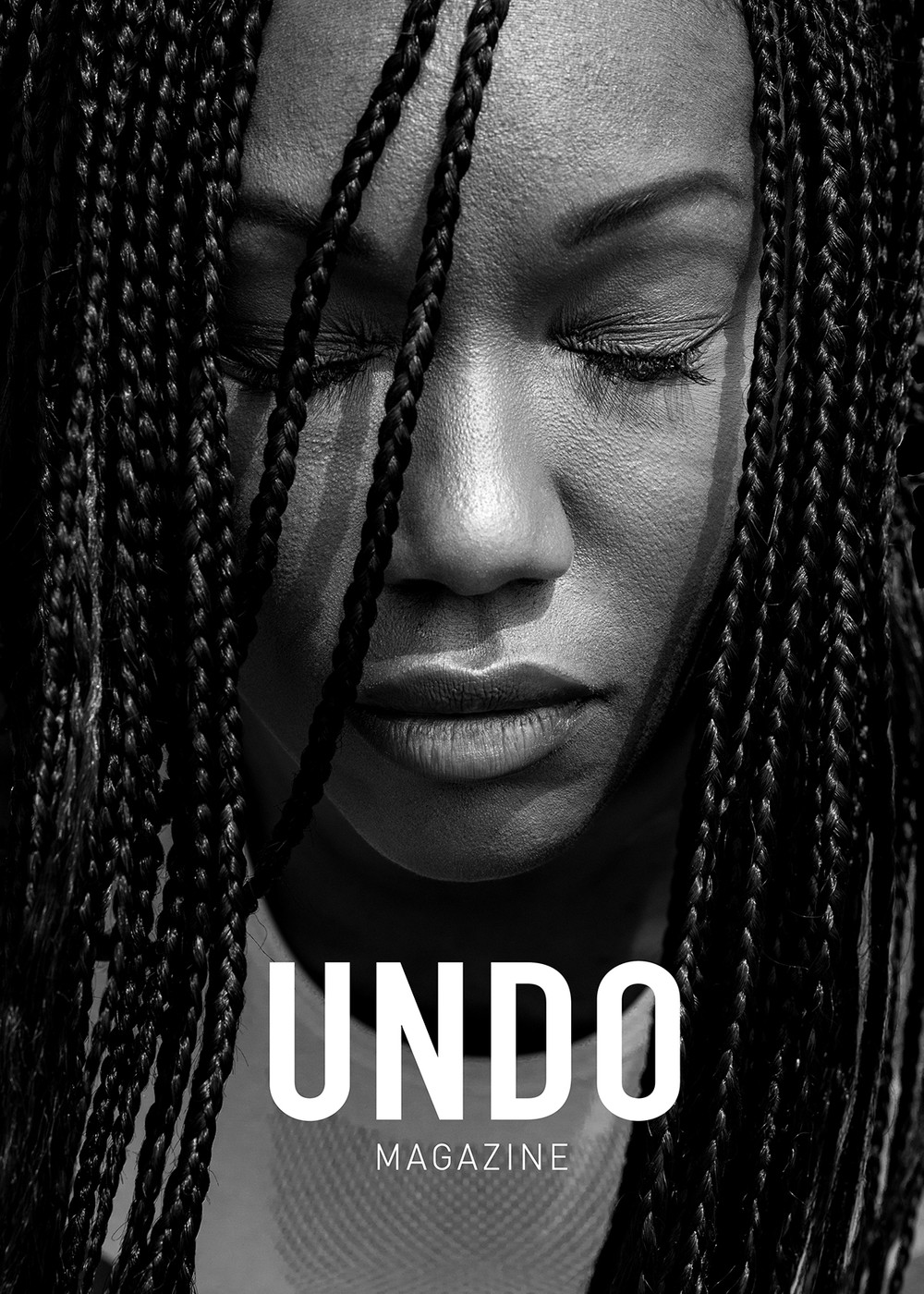 A version of this article appears in print on pages 62 & 63 in UNDO ORDINARY ISSUE 8IGHT: Sleep & Restoration.

As a meditation teacher who worked in the New York City advertising space for a decade, I experienced a first-hand relationship with sleep as a stressed-out, on-the-go New Yorker. There are countless articles on the importance of sleep, including statistics on how the average American is grossly lacking in the quantity and quality that they get on any given night. What happens to our bodies when we do not get enough sleep, and what are the implications of adding meditation as a supplementary means of rest?

First, let’s explore why sleep is essential. We have an average of 70,000 thoughts per day. Every single thought is processed by our nervous system (NS), a network that connects our brain, spinal cord, sensory organs, and nerves throughout our body. The NS takes every single thought, processes it to determine them, and activates one of two possible responses: fight or flight, or stay and play. The body then creates that corresponding chemistry: either stress chemistry, such as adrenaline and cortisol, or bliss chemistry, such as serotonin, dopamine, and anandamide. The NS can only handle so much activity before it needs to rest — even more so if the fight or flight response has been activated. This is why sleep is essential to the human body; it simply cannot handle running the NS around the clock. Sidebar: the circulatory system needs rest as well, since the heart pumps less strenuously while the body is horizontal.

After a good night’s rest, we are hopefully ready to meet the demands of the day. But, we know that this may not necessarily happen. We may very well go into a stress reaction from something that arises. This, however, can be abated. Whether or not we are able to meet the oncoming demands of the day is in direct correlation to the amount of rest that we get. More specifically, it depends on our adaptation energy. In 1950, a scientist named Hans Selye at the University of Montréal introduced the General Adaptation Syndrome theory, where he posited that the extent to which we are able meet a demand while not getting stressed depends on the adaptation energy that we have. How adept are we at adapting to anything that comes at us?

Think of our adaptation energy as a debit account balance, and the means to re-charge it is by resting. We know that we are more able to adapt to a demand if we have eight hours of sleep per night as opposed to five hours. At the beginning of each day, we start out with a certain balance, and as the day progresses and we are faced with certain challenges, the balance gets debited with each occurrence.

If a particularly large demand is made on us, such as receiving shocking news that requires a lot for us to process, that balance will likely be depleted; that’s when we enter our fight or flight mode. In this example, it could materialize as us fighting the validity of that piece of information, or hiding out in our bedrooms. Inherently, stress is our inability to meet the demands that are asked of us. It is ultimately within our capacity to equip ourselves with the adaptation energy to deal with oncoming demands, so long as we get enough rest. However, we know that the average population is getting increasingly more stressed per day – a clear indicator that sleep alone is not enough.

What happens when we introduce meditation into the equation? The meditation style that I practice and teach is called Vedic Meditation. It is a transcendent style that uses a mantra for the duration of twenty minutes, twice a day. Over thirty research studies, including one conducted by Harvard Medical School, have shown that when meditating while using a transcendent technique, the body reaches a state of rest that is two to five times deeper than the deepest rest achieved while asleep. The researchers were able to determine this through the measurement of oxygen consumption, which is an indication of the rest that our body is getting. In my meditation tradition, this meditative state is called transcendence, or in a clinical setting: the state of restful alertness. The mind is awake, yet the body is resting at a deeply profound rate.

Prior to meditating, I could easily sleep for ten to twelve hours a night if an alarm isn’t set. After about a year and a half of practicing, I noticed that I didn’t need as much sleep. My body was gradually able to awake after eight hours, then seven hours, and now it naturally wakes up after about six hours of sleep. My experience is not uncommon amongst meditators, and has been studied in a laboratory environment.

When we supplement a night’s rest with two meditation sessions, our adaptation energy is at an unprecedented maximum level every single day. Because our account balance is continually being replenished, it is more difficult for us to enter into a fight or flight reaction, and subsequently accumulate more stress. What happens when our physiologies are perpetually saturated with enough rest? When we rest, our bodies recognizes this state and takes it as an opportunity to purify and normalize. This means that through deep rest, the body throws off the stresses that it has accumulated, ceases to pick up more stress due to the level of adaptation energy that it continually cultivates, and gradually normalizes the state of restful alertness. The body becomes so accustomed to this restful state, that it ultimately becomes the norm.

When this new state of restful alertness becomes our norm, we are not the same person, not even from a molecular or consciousness level. Molecularly, our body no longer holds the DNA of stress. This doesn’t mean that we can’t get stressed; the body will never cease to have the capacity to produce stress chemistry. Rather, the physical byproducts of a stress trigger no longer resides within our physiologies. This one of the most common misconceptions of stress: where we think that stress is something in the environment that happens to us, when in fact, it is a chemical reaction that our body has a predisposition toward. Those chemicals, whether good or bad, then localizes and is stored in our cellular memory. Have you ever received a massage or acupuncture treatment, and with a touch on a random place on your body, you start to get emotional, or simply burst out in tears? This is the activation of a stress release. If that localized stress body is constantly reinforced and reaches a critical mass, it turns into illness or disease.

From a consciousness level, the stabilization of restful alertness is actually a different state of being. The general population is used to three states of consciousness: waking, sleeping, and dreaming. All three states are dependent upon the other. In order to sleep, we cannot be awake. When we are awake for too long, since the body still needs to dream in order to maintain stasis, it starts to dream in the waking state; this phenomenon is known as psychosis. However, when we begin to meditate, a fourth state of consciousness, called transcendence, is introduced. This state has a completely different structure, where all the subtleties of our meditation are experienced, either on a sensory or extrasensory level. It is the field of all possibilities and a deeply restful state.

When we have meditated to the point where the transcendent, deeply restful state has been touched enough times, the quality of that deep restfulness begins to permeate into the previous three states of waking, sleeping, and dreaming. There eventually comes a point when those three states are saturated with enough rest that the body is no longer operating from a place of physical deprivation (or being artificially propped up by caffeine, sugar, or stress chemistry), but is rather continually and naturally optimized for performance, creativity, patience, etc.

At this point, a fifth state of consciousness is introduced, called cosmic consciousness, or what the Buddha referred to as Nirvana, more commonly referred to as enlightenment. This state has many qualities, one of which is all-inclusive awareness: where we realize things as they objectively are. It is a state of pure awareness, not reactiveness. We are no longer seeing and acting according to the stress filters that were previously housed in our bodies, of which fatigue being the biggest stressors for our population today.

There is a wealth of information on meditation that can be comprehended from a scientific and spiritual perspective. However, realizing the benefits of meditation begins with the key component of rest. When we give our body the requisite amount of rest that it needs, it naturally becomes a self-repairing machine, and it incrementally becomes an extraordinary system. There is precedence for this. The masters and yogis of the East have done it. So given the appropriate tools, it may just be possible for us to rest our way to enlightenment.

Now is the time to step into mastery